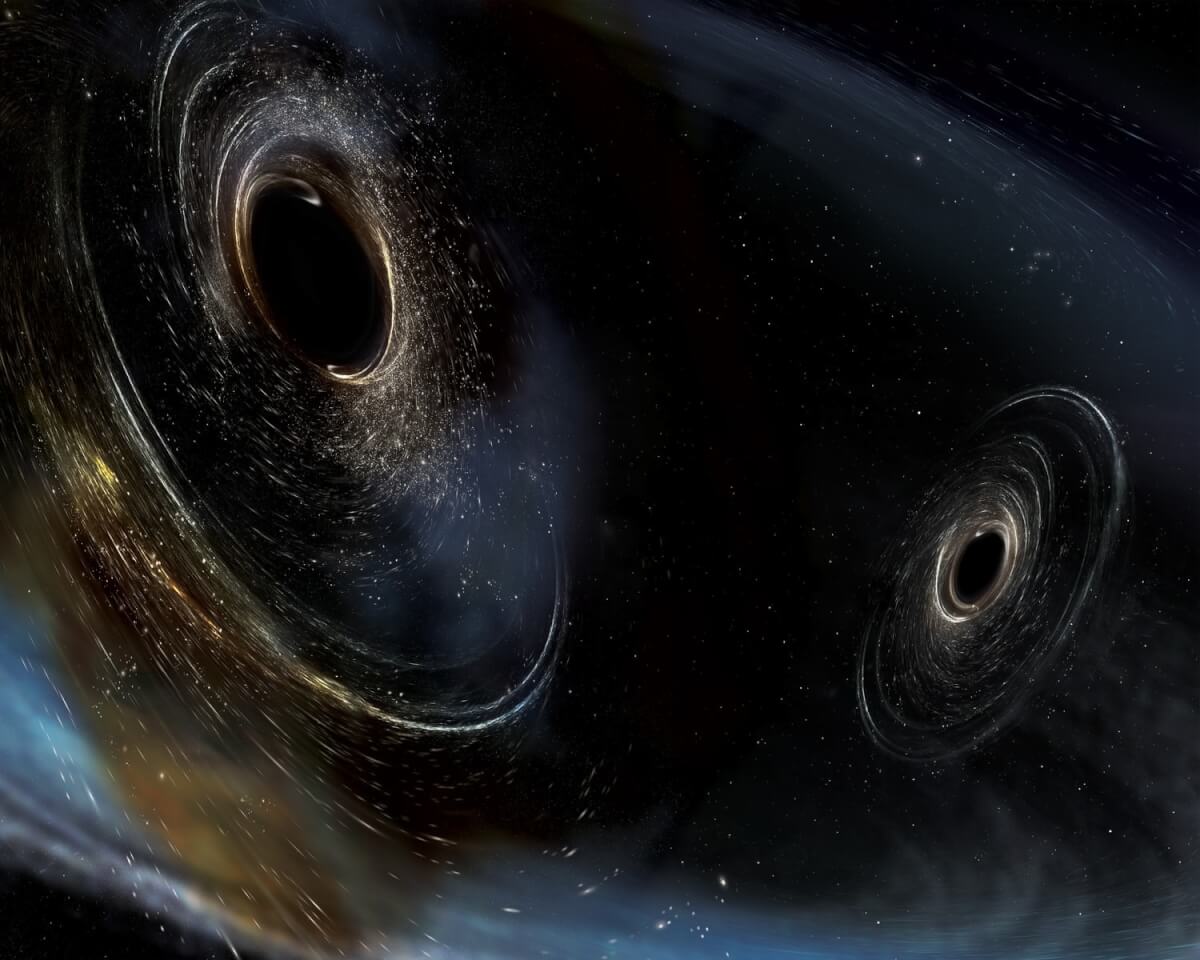 The human eye is an incredible, almost impossible result of hundreds of millions of years of evolution. Even Darwin (sort of) questioned how such an incredibly complex mechanism could exist and mused that the idea of their evolution was ‘absurd in the highest possible degree’.

We estimate that it took approximately 500 million years to go from a simple ‘light spot’ in Euglena – a single-celled organism – to the human eye.

Five hundred million years is, frankly, a ridiculously long time on practically every scale you care to think of. In fact, the only scale upon which such a timespan is not unfathomably vast, is the one where we’re discussing the life and ultimate demise of stars. Stars can be stable from between 4 million (for the most massive) and 7 billion years.

We’ve been looking towards the stars longer than you probably think. As the oldest of the natural sciences, Astronomy – the study of celestial objects – has been something we’ve been practicing since antiquity.

For centuries we’ve been using our unaided eyes to look at the stars. But since Lippershey invented his “Dutch perspective glass” and Galileo Galilei used a similar design to look towards the skies, we’ve been using specialized tools to help us with our observations.

For decades we’ve been using monumental earth-based observatories and telescopes in space (!) to enable us to observe the heavens in quite remarkable ways. The Hubble Space Telescope (which deserves its own post) uses a giant eye-of-sorts to scan huge swathes of the cosmos. Hubble, just like our own eyes, observes stars in the visible spectrum of light. Hubble, though, is not a one-trick pony – it can also ‘see’ in the infrared and ultraviolet spectra.

Let there be light

We have been able to garner a vast amount of knowledge about our universe using the various spectra of light. We can ‘see’ how the matter in the accretion disc around black holes is ejected in the form of x-rays, for example. We’ve been able to determine that a sizeable amount of the static you see on an old, analogue TV set is light from the big bang thanks to our understanding of the cosmic microwave background.

If you’re thinking ‘Well, these sound kind of like the same thing’ then you’re absolutely right. They are. At a base level. Sort of. We need to be able to observe the phenomena in order to be able to directly study it.

So what about LIGO?

A fine question. You’ve read 500 words and still possibly have no idea why LIGO is such a big deal. LIGO is very much not like the other forms of observation we’ve discussed above. LIGO allows us, in a whole new way, to see an event that happened at some point in the past and possibly at a location that we couldn’t possibly observe.

I’m a bit of a nerd (I know, shocking) and I really like new shiny pieces of technology. One thing I’m currently (bordering on obsessively) into right now, is kitting out my home with ‘smart’ appliances. I’m talking about things like Hue bulbs, and iHome smart switches. One of these pieces of tech is a motion sensor.

After a certain time of the day – say, 11pm; my bed time – if I walk out of my bedroom, then a low-light automatically comes on in my hallway.

Most motion sensors work using Passive Infrared (PIR). Most objects that are a certain temperature emit light at a specific wavelength. You and I, for example, are generally within a few degrees of being the same temperature and as such, infrared sensors are able to detect if we walk past them. PIR allows us to filter out other kinds of movement because other items don’t emit the same type of light as we do – that’s why a dog or cat doesn’t trigger the motion sensor.

Some motion sensors work in a slightly different way. They use (frickin’) laser beams which as we all know immediately makes them cooler. They work by pointing a laser at a specific point and whenever something – anything – crosses the path of the laser, they detect the change in light.

It more often than not makes them less useful in home automation setups. But, fortunately, some very smart people are able to use the same principles to do something much, much cooler.

LIGO, or to give it its full and proper name, Laser Interferometer Gravitational-Wave Observatory is, in essence, a very big and incredibly sensitive motion detector that – as its name suggests – works in a similar way to this second sort of motion sensor.

We know the speed of light exactly. I’m going to pause to let you think about that for a minute. It’s rare you can say we know something exactly.

To be honest, it’s a bit of a trick. We used to measure the speed of light experimentally and express our results in metres per second. You may have seen the approximation c – the speed of light in a vacuum – is equal to 3×108 m/s.

But how long is a metre? That’s an arbitrary distance someone came up with once.

This exactness allows us to use a very simple equation: Distance = Speed × Time for a very powerful purpose.

If we fire a laser beam and bounce it off a mirror a (very well-) known distance away and then detect when the photons in that laser beam come back, that should happen at a very specific time.

Going one step further, if we fire a laser beam and very carefully split it, we’re able to do some seriously cool stuff. If we send one half of that laser down a tube in one direction (let’s say due North) and the other half down a tube perpendicular to the first, (due East) and place a mirror at the end of both tubes, when the photons come back, they should come back at exactly the same time. When they come back at exactly the same time, if we’re smart when we split them, they should cancel each other out.

If they don’t come back at precisely the same time, then something happened.

That something could be small like a dumper truck driving down a road and the vibrations causing the mirrors to move a bit thus giving you some slightly eye-raising results.

Or it could be something a bit bigger. And by ‘a bit’ I mean ‘an awful lot’. Perhaps, in fact, the biggest thing to happen in the entire universe. So big, so astronomically immense, that it causes the length of our tubes to change.

If one of our tubes were to suddenly be a bit longer then the photons in the laser half-beam going down that tube would take longer to get back to where it was split, right? If this was to happen (one tube getting longer) then when recombined with the photons from the other tube, the light wouldn’t cancel out. They’d be out of phase and we’d be able to determine how much longer that tube got, by measuring how much out of phase our recombined light is.

Well, that doesn’t happen. One tube does not get longer.

Both tubes do. At different times.

The reason an aircraft’s wing is the shape it is, a kind of tear drop, is so that the air going over the top – curved – bit would take longer than the air going under – flat, straight – the wing. This means the air above the wing needs to travel faster and that produces lift (due to air pressure differentials but that’s boring). The important thing here is that the distance between two fixed points (one side of the wing and the other) is greater when you travel over a curve than it is if you go directly there.

Knowing that we can start to understand why our tubes at LIGO may be ‘longer’. They’re longer, because they’re temporarily made to be slightly curvy.

But what could possibly make these huge, heavy, solid concrete tubes a different shape?!

(measurable) Gravitational Waves (The ‘G’ in LIGO) are produced when the most cataclysmic events occur in the universe. Two black holes smashing into each other, for instance, emits so much energy that they create ripples in space-time – the fabric of our universe. The common analogy is dropping a stone into a perfectly still lake. You can see the water waves propagate out from where the stone entered the water. In the same way, gravitational waves propagate outwards from the 2 black holes colliding. These gravitational waves travel at the speed of light in all directions and, with sensitive instrumentation, can be detected here on Earth when they pass us by.

Calling LIGO a ‘sensitive’ instrument is about as big an understatement as is possible to make. It’s incredibly difficult to comprehend just how sensitive LIGO is – the numbers and analogies just don’t make sense – they defy belief. So let’s throw some hard numbers at you.

LIGO can detect a change in distance of its mirrors to within one ten thousandth (that already sounds impressive) the width of a… proton.

The nearest star to Earth – the sun – is quite a long way away. At about 93 million miles (150 million km) away, it takes the light the sun emits approximately 8 minutes to reach us. If for some reason the sun was to suddenly stop shining, we wouldn’t know for 8 minutes.

I don’t know about you, but I find it difficult to measure the rooms in my small home – rooms which are only a few metres across – to within a few centimetres. So it boggles my mind at how you’d try and measure a few thousand million metres with any kind of accuracy.

LIGO is so sensitive to changes in distance that it could measure the distance from the Earth to the Sun to within the thickness of a human hair. Which, frankly, is utterly ridiculous.

We’ve established that LIGO is an incredibly impressive feat of engineering and a preposterously accurate instrument but we’re now nearly 2000 words deep and we haven’t talked about why this insanely sensitive wobble-detector is important to astronomers.

On September 14th 2015, LIGO detected the passing of gravitational waves for the first time. The results showed us that approximately 1.3billion years ago (i.e. this happened 1.3 billion light years away from Earth) two black holes smashed into each other. We didn’t see it. We didn’t see anything that such a large event caused. We didn’t detect any type of light from the event. But what we did do was create an instrument that could feel it.

Throughout history our instruments have collected light in one or many of it’s forms. We’ve only really had one type of observation. We’ve only really had one ‘sense’. We’ve moved on from having to directly or indirectly observe something. We’ve entered – without hyperbole – a new era in astrophysics. One bigger than the invention of Hubble. One as big as the invention of the telescope itself. And, quite possibly, one as big as the evolution of the human eye.

There’s a lot of simplifications in this post, perhaps even some oversimplifications. I’m happy to be corrected if what I’ve said is flat-out wrong or if perhaps you can suggest better analogies.